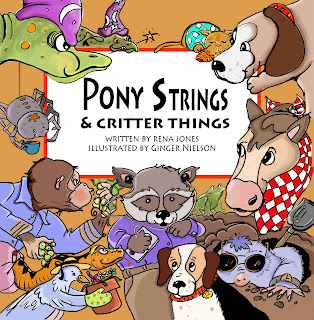 Pony Strings & Critter Things is the third book in the critter series by Rena Jones. The first two in the series were illustrated by Nikki (Shoemaker) Boetger, while this book is illustrated by Ginger Nielson. Answers for the names of another 21 critter groups are found within its pages. 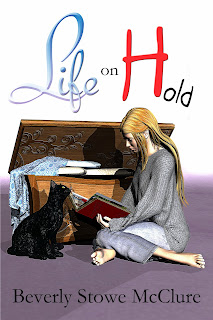 Life on Hold by Beverly Stowe McClure (cover art by Aidana WillowRaven) is a young adult novel about the confusion in the mind an heart of a young sixteen-year-old. Myra Gibson's life is a lie. For sixteen years her parents have kept their secret, but the adoption paper she discovers while cleaning the summerhouse tells the truth. 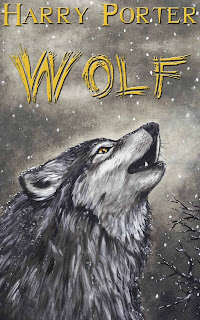 Wolf  by Harry (Brian) Porter, a young adult book, is illustrated by Theresa Stites.  Living the good life in their cabin close to the forest, Warren and Emma are disturbed to find their livestock disappearing in the night. Tracks in the snow lead them to believe their chickens may have fallen victim to a marauding wolf, and Warren sets out to track down the uninvited predator. What he discovers, as the snow begins to fall and he draws ever closer to his prey, will surprise and delight the reader as the truth about the wolf in the night reveals itself, changing Warren’s life forever.

Rhino Crashes & Critter Classes is the fourth in the critter series by Rena Jones, and the second one illustrated by Ginger Nielson.

First Flag of New Hampshire  by Stephanie Burkhart and illustrated with black and white images by Ginger Nielson is the first in a trilogy of young adult books about New England.

Porcupine's Seeds is the first picture book by Viji Chary through 4RV Publishing and the second to be illustrated by Bridget McKenna. Porcupine begins to believe he will never be able to grown flowers.


Please check the 4RV Bookstore for the final releases of each.

4RV Publishing
Posted by Vivian Zabel at 4:15 AM