Put action in books for children and teens -- a must

Action for Children and Teens

Youngsters enjoy good stories, whether they listen or read for themselves. However, action is needed to keep their attention, even if the reader wants them to go to sleep. Children don’t always respond to boredom by sleeping.

“What do you mean, action is need?”

Yes, I heard that question, and I’ll give you an answer that will improve any stories written for children.

“What do you know about writing for children?”

I have some published books and stories. My company publishes children’s, middle grade, and young adult books, and we have some very good ones, books that delight children and even adults. I have also studied what is needed in a good children’s story, poem, or book. I read about what other publishers and editors want.

According to Write4Kids.com, stories for children develop mainly through action and dialogue, with concrete action from the first lines. Publishers and editors search for stories with a plot containing strong action.

Part of action in writing of any kind concerns the use of strong action verbs. Passive voice and state of being verbs have a place in writing but should be avoided as much as possible. A good writer will replace weak verbs and passiveness with action verbs and active voice.

“What are you talking about: action verbs, active voice, passive voice, state of being verbs?”

Now we can take this action a step further by using a stronger, more vivid action verb than hit.
The bat collided with the ball. The bat struck the ball.

Action verbs show action, either physical or mental behavior. Active voice means that action is shown, that the subject does the action rather than being acted upon. The ball was hit by the bat is passive, not active. The subject "ball" is acted upon, does not act. The bat hit the ball is active voice because the subject "bat" does the action, hit. Yes, the past three sentences repeat information given previously, but we can all use the refresher course.

Umm … those ideas sound like what all readers of all ages want when they read and what all writers need in their work. 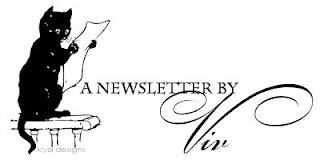