Writer, Can You Spare a Dime?

Writer, Can you Spare a Dime? 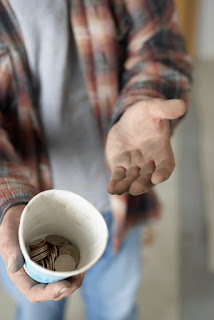 Are some of your characters standing on street corners with their hands out? Do you have jobs for everybody in town? Are they puppets, simply cardboard cut-outs holding a sign? Convenient buggers, aren’t they? Need a taxi driver? Here you are. Teacher. Kid on bike. Red Herring. Our characters get a literal “job”— but is it meaty enough? Will it satisfy?

Writer, you are CEO and chief employer of the fictional world you’ve created. How do you divvy out character roles? Do the best jobs go always to the protagonist and villain? Any spare change left for the unemployed but ever-present sidekick? 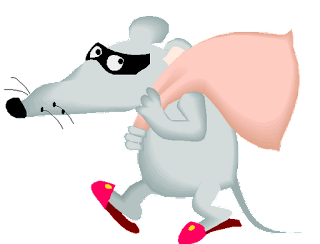 It is loads of fun plotting and putting together a novel with as many pieces as a jigsaw puzzle. The more complicated the plot, however, the darker the alley of keeping every character’s job in mind. I got “mugged” recently by my cousin’s daughter, Ann. At ten, is the first official kid to read my work-in-progress manuscript. I sent her a hundred pages; she recorded it on her school reading log, and I resisted the urge to ask every ten minutes what she thinks. Two weeks later, I got an email with three magical words: “What happens next?” She wants MORE!

Ann’s email was a loaded gun, pointed at me and filled with questions. Questions that caught me unguarded in this dark alley of who-does-what. The most painful: OOH, I  can’t wait to see if [minor sidekick character] gets to do something special later on!

WHAT? BACK UP THE TRAIN.

In importance to the story, this cutie-pie sidekick character she’s referring to doesn’t rank in the top ten. Remember, if we’re doing our job, readers care about the characters. It keeps them turning pages. This sidekick’s puppy had a job. A good one. A fun-to-read, momentous-moment kind of job that only the puppy could do. The puppy’s little master, however, did not. How can she help the plot move forward? I had to think quickly to save myself, before disappointing 100% of my readership—the one kid in the world who had entered my newly-minted world!

In the Harry Potter series, JK Rowling developed several minor characters. They were fleshed-out  with strengths and flaws; virtually none were just filling the hallways of Hogwarts. The author NEEDED those characters to pick up the ball and run with it in the final novel, Deathly Hallows, while the hero, Harry, was preoccupied in the Forbidden Forest with the villain Voldemort.  If JK Rowling had not taken the time to lovingly develop her minor characters into fully-formed beings, Harry’s fate might have been different.

If you are not familiar with a Cluster Diagram, do a quick Google search of Cluster Diagram images. Essentially, draw a circle in the middle of a blank sheet of paper. I wrote a quick summary of the climax scene in the center: Summer Festival. Draw lines extending out like rays of the sun and attach each line to a character name. Circle the name and add a couple lines indicating that character’s main job in the scene. Don’t leave anybody out.

Ask yourself: Who isn’t busy enough? Is that character a place holder? If they don't have a meaningful job, add one or fire them from your book. Take them out. Your writing will be tighter and your characters more memorable as a result.