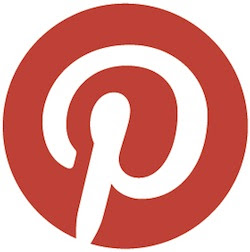 There's a lot of free or inexpensive social media and marketing tools available for authors to work into their marketing plans. One such site that's generating a lot of interest is Pinterest.

I'm new to Pinterest myself, still learning my way around, but I have to admit, its fun. I like looking at the different pictures as they inspire ideas and stories. I like the idea of sharing my likes with other authors and readers. I also find that its a great way to connect with others. Pinterest drives traffic as well, not only to your Pinterest account but to other sites, your website, Faceback, Linkedin and other places you're on.

And, ultimately, isn't that what social media is about – making connections? As an author, Pinterest is another tool to connect with others.

Just a little about Pinterest: the site launched in March 2010 in a closed format. After 9 months it had 10,000 users. Pinterest went viral in 2011, but the way to join is to receive an invitation from a friend who is already registered. You can also create an account by liking it to your Facebook or Twitter.

The goal of Pinterest is to connect people through "things" they find interesting. They do this by "pinning" pictures. You upload a pin (picture) or you can use a "pin it" button added to your bookmark bar or your web browser. I don't quite understand how to do that yet, so if anyone can explain it, I'd appreciate that. I just upload my pictures.

Once you pin a picture, people can either 're-pin it,' 'like it,' or 'comment' on it. Therein lies the fun. And the more you do, the more others will do it to you, thus driving the traffic to your site. I've had a good response to my Pinterest board and I haven't been on the site long, maybe about 2 months. My goal is to spend about 5-10 minutes a day on Pinterest. I figure a little goes a long way.

Interesting Notes about Pinterest:
There's also an app! You can find a Pinterest app for the Iphone.

Who's got a Pinboard? Ann Romney and Michelle Obama!

Anyone else have a Pinterest board? What do you like about it? Dislike? Do you think it's a unique social network? If you have a board, leave your name or your link and I'll follow you! Feel free to follow me on Pinterest as well.

Love to hear your thoughts, comments, and feedback about Pinterest.