Storyteller or writer, which are you?

A recent newsletter I wrote for another site about "show, don't tell" stirred up a hornet's nest. Several comments were sent me by email as well as a direct reply to the newsletter. So now I have a question to everyone: Do you want to be a storyteller or an author? Which is more important to you?


Which do you want to be: storyteller or a writer then an author?
First we need to address what a storyteller is or isn't. Storytelling is the conveying of events in words, images, and sounds, often by improvisation or embellishment. Telling a story allows nonverbal actions and communication not possible with written words. The teller can entertain and keep attention of listeners with vocal, facial, and body expression, as well as words, using the combination to show the audience what is happening in the story. Therefore, storytellers do "show" even if not through words alone.

An author/writer (called writer from this point forward, since a person has to be a writer before he can be an author) has only words as his tools. His face can't show excitement, surprise, or anger - note the use of "show." A writer needs to show the reader what is happening in order to gain and to keep the reader's attention. In this world of television and movies, readers also want to "see" the action from books and stories in their heads.

One newsletter respondent used the argument that contests often have word limits and showing takes more words than telling. I enter some of those contests, as do others, and if the judges recognize good writing, the entries with showing rather than telling will place higher than others.

Using excessive detail does not equal showing. In fact excessive detail often is a side effect of telling. To show, rather than to tell, a writer weaves details into the story as needed, bit by bit, not in long boring paragraphs. Also only details required to move the plot or characterization forward or to allow the reader to share the experience should be used.

Two people argued that storytellers, stressing the teller portion, have been around ages longer than the advice to "show." Let's see, paper and pens haven't been around as long as storytellers, and computers haven't been around as long as paper and pens. Which do we use the most now? That argument would require we not write stories or improve our writing. That attitude will keep writers from being published authors. Also, as explained above, storytellers can "show" what is happening through the use of voice, face, and body. Writers have to use words.

I wonder what would happen if people took the time and effort they use to argue against something, which would improve their work, to try and use the advice offered. Would more storytellers become writers? Would more writers become authors? Would more people, perhaps, become better readers?

Each person must decide what he wants to be, a storyteller or a writer then an author. 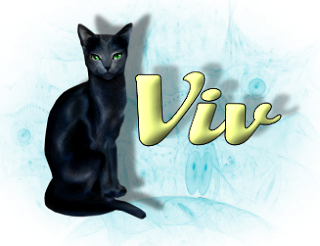