Four weeks ago, I shared some strong action verbs which create action voice, showing. Where do we find those power verbs? I covered the first part of the 195 verbs last issue: A - G . This issue, I will add action verbs beginning with letters H – R. Use these verbs wisely, though. Writing still needs clarity and coherence; verbs need to "fit" the meaning of the clause. 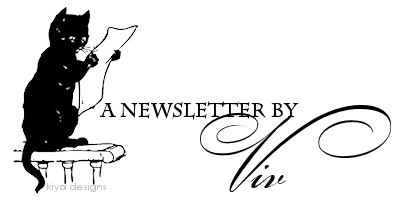 We want our readers to be drawn into and enveloped by our short story or novel, by anything we write. Boredom loses their attention quickly. Showing, using active voice, creates reading excitement. To avoid passive voice and to have active voice, writers use power verbs. To help know some power verbs, I discovered a list, author unknown, and added to it. Now, I will share the list I have to date, from H through R this article.

Let's begin this part of the power verbs with some verbs beginning with the letter H:
• Hail
• Head
• Hem
• Heighten
• Hike
• Hit
• Hum
• Hurry
An example of using such verbs to show rather than tell would be to use the verb heighten, when the verb “fits”: The burglar heightened the sensitivity of his touch by rubbing sandpaper over his fingertips.

Next, let’s look at a few verbs that begin with the letter I:
• Ignite
• Illuminate
• Inspect
• Instruct
• Intensify
• Intertwine
• Impart
An example of using an I verb is as follows: Violent riots ignite a tumult of damaged stores and vehicles.

Next, we will look at J verbs:
• Jab
• Jam
• Jar
• Jig
• Jot
• Journey
• Jut
Rather than using an verb such as stick out or stuck out, use a more powerful verb. The ledge jutted over the canyon.

Since I don’t have any strong verbs beginning with the letter K, we will go to the letter L:
• Lag
• Lap
• Lash
• Lead
• Leap
• Lob
• Locate
• Log
Let’s look at a sentence that have a powerful L verb in place of the verb list: The pupil logged all the exercises the teacher assigned.

Next come strong verbs beginning with M:
• Magnify
• Moan
• Modify
• Multiply
• Mushroom
• Mystify
Now for an example: The combinations of numbers and letters in high level math problems mystify me.

Some strong verbs start with the letter N:
• Nab
• Nag
• Nip
• Nod
• Notice
• Notify
The verb grab is often overused, so we can use nab in some sentences and add variety and more power in active voice: The police nabbed the criminals as they exited the bank.

Next, we will look at verbs beginning with O:
• Obtain
• Offer
• Oppress
• Order
• Outlay
Get, another overused verb, can be replaced with “offer” sometimes: May I offer you a cold drink?

Powerful “P” verbs include the following:
• Paint
• Park
• Peck
• Peek
• Peer
• Perceive
• Picture
• Pilot
• Pinpoint
• Place
• Plant
• Plop
• Poison
• Pop
• Position
• Power
• Prickle
• Probe
• Prime
Example: Rather than use see, we could use peek or peer, depending on what we want to convey: I peeked through the slit in the door; I peered at the fish swimming in circles.

Our final list of verbs this issue is of those which begin with R:
• Realize
• Recite
• Recoil
• Refashion
• Refine
• Remove
• Report
• Retreat
• Reveal
• Revolutionize
• Revolve
• Rip
• Rise
• Ruin
• Rush
Example: Rather than use the verb know, we could use realize. I realized I didn’t understand what the teacher meant.

I keep the full list handy when I write because the thesaurus found with MS Word often doesn't have the best list of synonyms, and it doesn't have any suggestions if I can't express what I need in one word. I will add power verbs from the final letters in four weeks.
Posted by Vivian Zabel at 10:47 AM