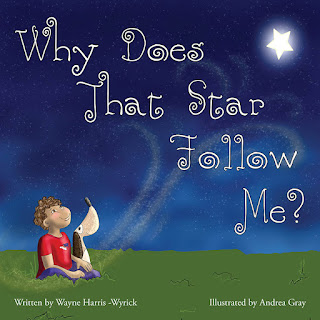 4RV Publishing released a new children's book Why Does That Star Follow Me? written by Wayne Harris-Wyrick and illustrated by Andrea Grey.

Many stars brighten the sky at night, so does every person have one? One child finds his own
stellar companion that follows him everywhere. Thus, a story is born.

After 40 years as the director and staff of a planetarium, Wayne Harris-Wyrick retired to become a full-time children’s book author, and later joined the staff of 4RV Publishing as the Non-Fiction and Tweens and Teens Imprints editor.

Wayne has been writing a monthly astronomy column for the Oklahoman since 1984, and has published a dozen astronomy and science fiction articles or short stories in various national publications. Wayne uses his astronomy and science background in his children's books, several which have been released by 4RV.

Andrea Gray grew up sketching and painting and later earned a graphic design degree at Southeastern Oklahoma State University. She draws inspiration from other cultures, music, and folklore. When she’s not illustrating, Andrea can be found behind a camera lens or finding tranquility in the Oklahoma wilderness.  Andrea lives in Broken Arrow with her loving husband Brandon, son Benjamin, and two dogs. 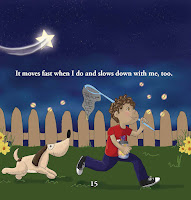 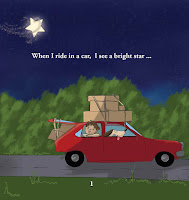 Why Does That Star Follow Me? is the first book she has so far
illustrated for 4RV. But, hopefully, it won't be the last.


This children's book can be found and purchased from the 4RV Online Bookstore, through brink and mortar stores, and other online stores.