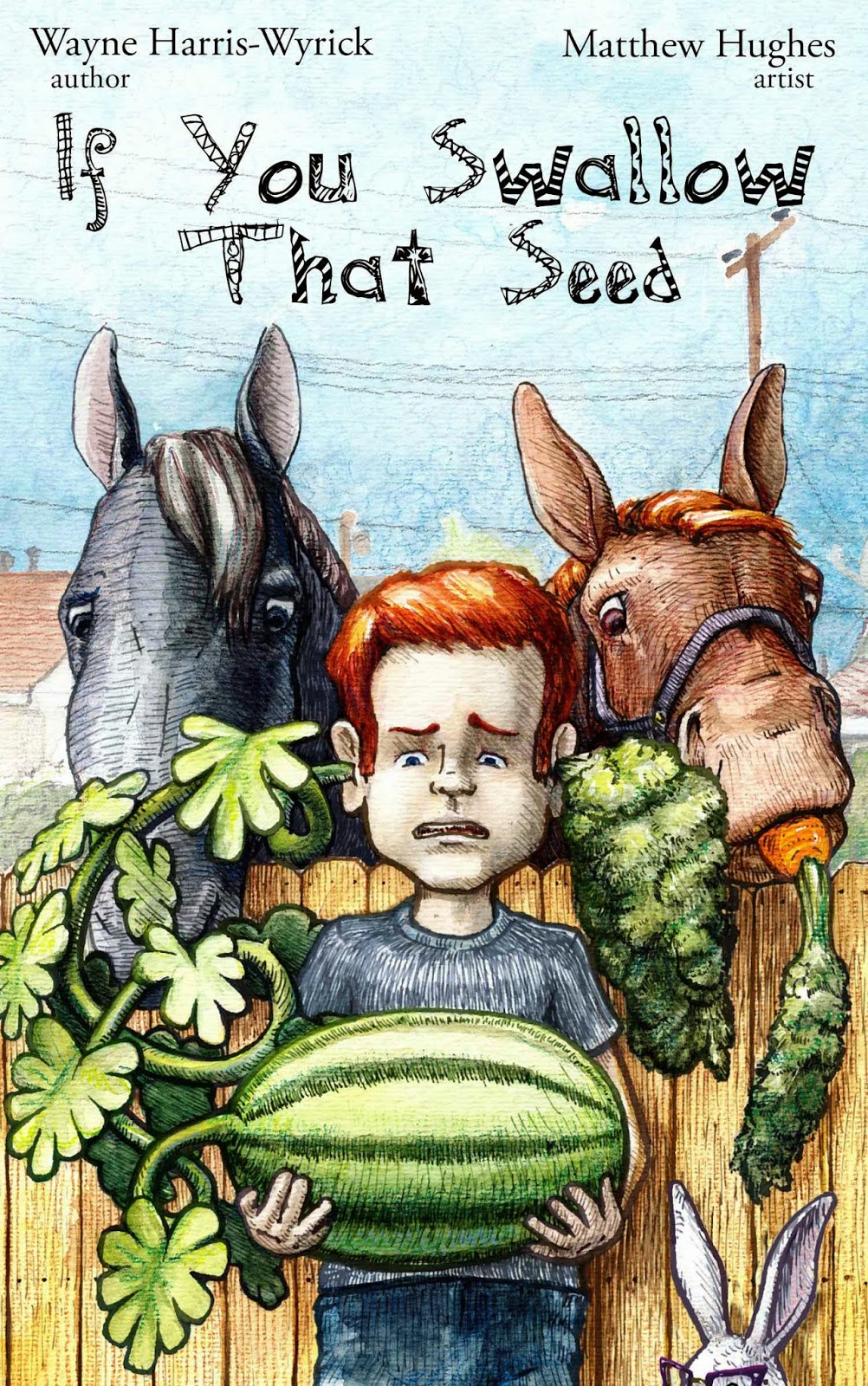 Matthew Hughes joined 4RV as a new-to-us illustrator, and his first project is a book written by Wayne Harris-Wyrick, If You Swallow That Seed ...  The book will be released early in 2015, and the rough sketches Matthew has revealed are as eye-catching as the art work for the cover.

I'm sure authors of children's books will be asking for Matthew to do their books. We're excited that he joined our staff. We now have three excellent illustrators other than Aidana WillowRaven. When I promote another book being formatted, I'll introduce that illustrator.

Posts about other books recently released and some soon-to-be will be appearing in the near future. We're trying to get everything back on track with editor-in-chief changes from Harry Gilleland to Paulette Henderson to Vickey Kennedy, all in less than four months. We've also added another designer who does some of our covers, too. Hopefully we'll be close to catching up on the schedule and have several new books out.
Posted by Vivian Zabel at 6:00 PM