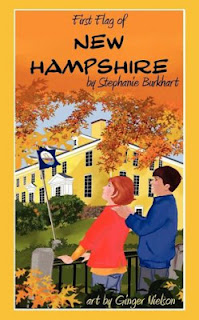 Author David Corbett offers four elements that you can add to your characterization and I think they're spot on.

To cross the line, keep your character's internal compass consistent, yet ensure they can still surprise you.

First, a character has to have a driving need, desire, or goal. What makes a character interesting is what that character wants, and the stronger the desire, the more compelling the drama. Desire helps to create conflict, and how your character manages conflict makes the story interesting.

Second, secrets make interesting characters. If there's a trait or an incident the character wants hidden, but is revealed, it might make that character lose standing with family and friends. What makes secrets delicious is that they tell readers what characters have to lose and why.

Third, contradictions bring to light what readers can't predict and thus shows surprise. For example: a character can be desperate, yet proud, and decide to take a job that might not be up their alley, just so they can earn a living.

Lastly, nothing draws a reader to a character than vulnerability. When people need help or are wounded, we're drawn to help or feel sympathetic to that character. Secrets play into this trait. If the character is afraid of the secret getting out, it gives the character a vulnerability they might not have had.

What can you do to help deepen characterization? Flesh your characters out. Cast the character. Write character bios. What do they like? Dislike? Write a flash fiction or short story to get to know them. Draw on real life inspiration such as friends, family members, and co-workers. You can also make a list of your emotional triggers. For example: What's your greatest fear? When did you show true courage? By drawing on your triggers, you can bring added dimension to your character's desires, wants, needs, secrets, contradictions, and vulnerabilities.

If you're new to writing, I suggest using a character bio sheet to help you fill in the basics about them. For me, it also helps to "cast" the character. For "Aly" in First Flag of New Hampshire I think of a young Claire Danes. A simple character bio can look like:

Name:
Born Where?
Lives Where?
Languages spoken:
Hair/Weight/Eyes/Height
Likes:
Dislikes:
Greatest Fear?
Wants to be what when they grow up?

You can modify the character bio to fit your writing/story. I usually spend about 2-3 weeks "prep" time before I even write researching the story, the setting, the time period, and compiling my character bios.  The time I take to prep and prepare character bios really helps when it's time to put paper to pen.

Question for you: What do you do to help you understand your characters? 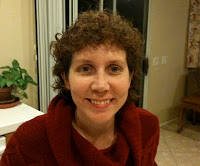 Author Bio: Stephanie Burkhart is a 911 Dispatcher for LAPD. She's also an assistant den leader for his son's Cub Scout Wolf Den. She was born and raised in Manchester, New Hampshire, but went to live in California when she got out of the Army. She loves coffee and adores chocolate. You can find her at: http://www.stephanieburkhart.com