Tragedy at 35 Pushed Author to Realize Her Purpose 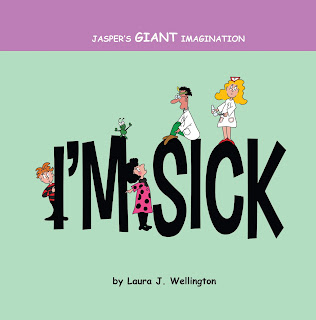 It was during my teenage years when I realized that I wanted to write children’s books. From the very beginning, I loved children. No shock that I ended up having five of my own nor began my career as a preschool teacher. Ironically, it was another teacher, my English professor during my freshman year of high school, who encouraged me to follow my dream. When he learned that I could draw too, he encouraged me even more.

But love, tragedy, and responsibilities would place that dream on hold for some time to come. At age thirty-five, I’d lose my husband of twelve years to Cancer. I was left with four little kids to raise, two technology companies to turnaround and run, a huge whole in my heart, and a new future to find.

I began to write and draw again to help me cope with the loneliness, heartache, and pressure that ensued. My hobby would eventually turn professional and award-winning. I’d go on to write a few books for women, launch a popular blog, become a TEDx speaker, and expand my involvement with children by becoming a licensed foster parent and voice in the foster care community. As I raised my own four, I’d commit myself to helping foster children everywhere, which resulted in my eventually having a fifth child as well. But still, no children’s books were forthcoming with my name on them.

At age fifty-two, however, all this would change. I would create a series called “Jasper’s Giant Imagination” to entertain and educate children through imagination, personification, and fun. The stories would delight kids, make them laugh as well as teach them about topics they’d all face some time or another, such as catching the flu bug or balancing computer time with outdoor playtime. I would both write and illustrate these books. And I would dedicate the entire series to the 480,000+ foster children living in the United States who needed to continue to believe in their own dreams too. Heart Gallery of America was so taken with the series that they came out, publicly, in support of “Jasper’s Giant Imagination.”

Needless-to-say, as soon as I created the series, it took on a life of its own. 4RV Publishing scooped up the publishing rights expeditiously and Bejuba! Entertainment decided to take things a step further and sign the series to be transformed into a new preschool television series. The main character in the series, Jasper, will be portrayed as a foster child; the story-line will include children with disabilities and minorities; and all of the many incredible, enriching ‘differences’ will result in a unique and amazing world inspiring kids to learn, laugh, and dream.

The first book in the series, called “I’M SICK,” just launched at retail. I can not explain my excitement or the satisfaction I feel in watching my true purpose come to life. Admittedly, it took enormous pain, resilience, growth, steadfastness, determination, confidence, patience, and experience to make this happen, none of which I had when I was a teenager or could have harnessed any earlier than I did. It is a wonderful feeling to finally come into my own and create something so meaningful and beneficial.

It reminds me of how ‘life works out.’ Maybe not as I expected it to be, but it does. That’s a lesson worth remembering. It’s one to take with you in your own life and share.
— Published on May 20, 2019

Jasper's Giant Imagination - I'm Sick can be purchased on the 4RV Bookstore as well other online stores and through brick and mortar bookstores.
Posted by Vivian Zabel at 3:10 PM