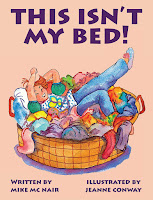 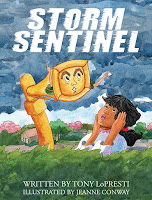 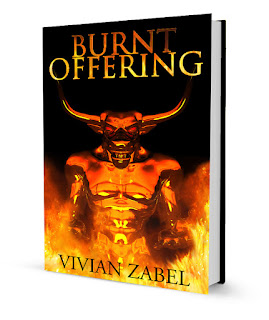 The Storm Sentinel is a storm warning whose name is Fred. He is a tornado siren. Oh, you don’t know what a tornado siren is? Fred's friends and he watch over people. The "sentinels" let people know when a tornado might be coming. This book is timely since storm season begins now in Oklahoma and other places in the United States.

Some children fight against going to bed, but Emma loves bedtime because she and her father have a special game they play. This Isn't My Bed  tells about their game, a game that's not only fun but also funny. Other parents and children will love the book and the game.

A Modern tale set in ancient times, Burnt Offering contains suspense, romance, and a problem found still today, the sacrifice of children through neglect, abuse, and murder. In Judah, 8th Century BCE, King Ahaz sat and watched his own infant placed in the hands of a red-hot bronze idol. He heard the child’s screams over the beating of 100 drums. He watched the child turn red, then black as it burned alive. He smelled the odor of burnt skin. Yet, he and his followers did what Moleck wanted, killing their own children. Would a hero or heroes step forward to save these children?
These three books, plus all by 4RV Publishing, can be found on the 4RV Bookstore, in other online stores, and through brick and mortar bookstores.