Move over, Katniss. Step aside, Harry Potter. I’ve got an idea for the next great series complete with beloved characters and breath-holding action sure to spawn a trilogy of movies and scads of marketing paraphernalia—or do I? Is my idea BIG enough?

Many writers make New Years' resolutions to write more, so an efficient use of one's time would be to analyze an idea thoughtfully before committing months (and years) to writing it out in the first place. Here’s how to tell if an idea is series-worthy:

Passion for the Project
First and foremost, how passionate are you? A series of books takes a steady commitment of time and energy. At a conference, a series writer once expressed the fond desire to put her cast of characters on an island and blow it up; she was tired of writing the same characters, over and over!

Cast of Characters
Are your characters multi-dimensional? Is Villain purely bad—or have you given Villain a believable back story to explore the genesis of their evil actions? Is Hero reluctant at first? Have you given Hero the space and means in which to grow into the role? Have you populated your cast with interesting characters to interact with Hero and Villain in a variety of settings/plots?

Setting
Is your idea conducive to world-building? Where do your characters live and work? What do they eat? What do they do for fun? What animals/creatures exist in this world? Both fantasy and realistic stories require world-building for a believable backdrop that gives elbow room for Hero and Villain to explore. 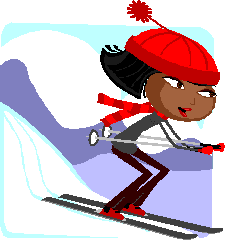 
Does your list stop cold? Could you go on and on? With a small list—or with a story focused more on a relationship between a limited cast—perhaps the idea is best served by a short story or novella. If your story ideas seem boundless at the brainstorm stage, perhaps you have the kernel of a good series.

How do you determine what form a new idea should take? Novel? Short story? Article? Series?