The Benefit of Telling

The Benefit of Telling

I am not going to argue with that sage advice. I want to ask: Do you tell people that you are a writer?

Do you say it confidently? Apologetically? Like your lunch is stuck in your throat?

A friend once confided that her husband believed she was having an affair—until she confessed her secret habit. Writing!

I used to keep writing a secret, too. 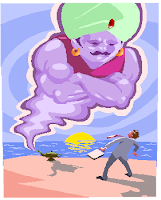 Bottled up, writing was a genie in the corner of my soul—released only when I was left alone for great gobs of time. I used to hide notebooks in the bathroom cupboard for middle of the night urges—of the writing muse kind. I used to tell myself I would free the genie “someday” when I made it big.

Stephen King, Jackie Collins, J.K. Rowling BIG. Until then, what was the point of baring my soul?

Not anymore. “Someday” is a faraway land that doesn't exist. Now exists. Today exists. If you are writing today, say it out loud. Now! “I AM A WRITER.” Your writing will grow wings.

Say those four words with confidence.
Write more often, now that you do it openly!
Seek out writing connections every time you leave the house.
Join national associations; they exist for nearly every genre.
Attend regional conferences
Receive help from local critique groups.
Contribute to local critique groups.
Foster writing friends, as close as neighbors. The “You write? So do I!” is bonding excitement.
Enter contests and improve your chances to occasionally place—or even win.
Your family may surprise you and take your goals seriously.
Long-term networking efforts will pay off when it comes time to promote your work!

Let me know in the comments how sharing has affected your work!