Time and again, I find myself explaining an art term to an author or publisher, because it's not a term often used in common speech, unless you're an artist or designer. To continue the theme of my last post: Boy, artists talk funny! What on earth is a triptych? And why does my artist think I'd want one? , today, I'll explain what a frontispiece is, show an example of one I've done, and how one can benefit your book.

For this example, we'll be looking at Second Chance, by Galand  Nuchols.
The story is set in the past, so I wanted something traditional in look, something old-timey. After doing some thinking, and researching older books at the library, I noticed many older books had an illustration, usually an etching styled piece, directly opposite the main title page.
This illustration is referred to as a frontispiece. According to the Merriam-Webster dictionary ...

1 a : the principal front of a building
b : a decorated pediment over a portico or window
2 : an illustration preceding and usually facing the title page of a book or magazine 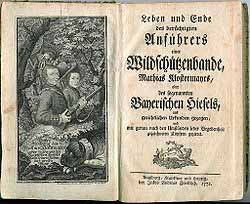 The second definition, is of course what I am referring to. Wikipedia embellishes on this with: A frontispiece is a decorative illustration facing a book's title page. The frontispiece is the verso (left-hand page) opposite the recto title page. Elaborate engraved frontispieces were in frequent use, especially in Bibles and in scholarly books, and many are masterpieces of engraving. The word may also refer to the title page itself, but this meaning is obsolete according to the Oxford English Dictionary. To the left, you can see the example posted on Wikipedia, and below, the frontispiece I did for Second Chance. 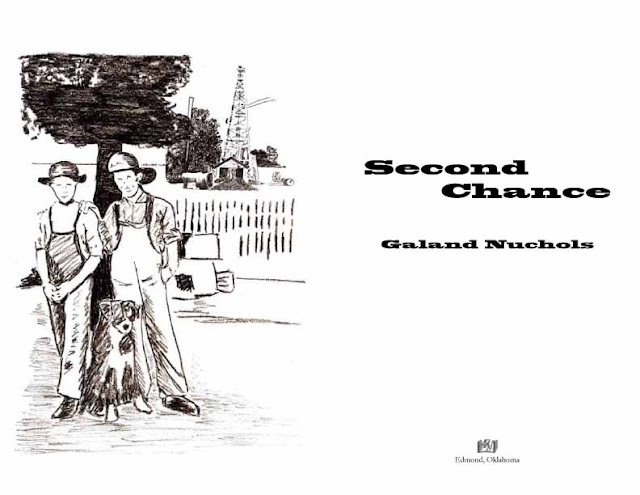 For the old-timey look I wanted, I went with a very earthy medium, charcoal, and used old photos from that era for models.

Of course, the older publication is much more elaborate than my interpretation, but it serves the same purpose. For a non-illustrated book, it introduces the text much like the cover art does. It pulls the reader into the story a bit, before they even begin reading. The cover told them it had something to do with watermelons, wood chopping, and oil. A simpler time, as they say. The frontispiece gives more, it shows the main characters are two young boys, and hints at the period through their clothing. Kinda Huck Finn/Tom Sawyer-ish (which is also a hint of the types of trouble they get into).
Now that you know what a frontispiece can do for your book, next time you have a non-illustrated book, maybe you can suggest one?